Steve and Tom the WHITE HAIRS of the Stephen Wentworth Band have been busy in isolation recording a new song.

Special Thanks to Andre Marques engineer, lead guitar, and dobro and Eric Belrose on drums.

SWB and the WHITE HAIRS

Check out our latest album Half Past Late 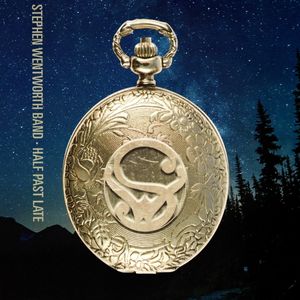 What did our album Good and Bad accomplish last year?

(The music is out there featured our song "Cold At Night. Issue 74) 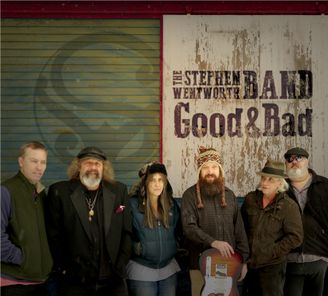 The Stephen Wentworth Band's new full-length album "Good and Bad" is here! It's been a busy year for the band and for Pepperbox Studio in Chelsea, Vermont, where months of live recording, overdubbing & mixing is finally over. In the recording studio Steve and band (JD Doyle, Jimmy Goodwin, Tom Vinelli and Chad Preston) along with producer Kristina Stykos, have crafted an original rock album about every day lives &  hard-working hearts, with a palpable appreciation for the beauty of their Vermont surroundings.

It's been a team effort and the end result of a year of hard playing, rehearsing and performing, with tech support and feedback from long-time friend & live sound engineer Seth Stoddard. Coming out of the Vermont woodwork, these guys braved the elements to get together each week to rehearse, often after a tough day at "the office': as likely under a propane tank in a dank cellar, as on a noisy factory floor or atop a ski lift.

Buy the CD or download the album now HERE

2015 will be a year of touring their new material, while gearing up to record album #2. Steve's songwriting is unstoppable! Stay posted for more news in the new year ...